Hungary currently holds the rotating Presidency of the Visegrad Group (V4) from 1 July last year to 30 June 2018. Comprising four Central European nations of distinct and yet interrelated characters, the Czechs, Hungarians, Poles and Slovaks are historically connected by common values, culture and traditions. The grouping has become a long-standing framework for representing the region’s joint interests in Europe and beyond.

Formally established in 1991, the roots of the Visegrad Group date back to the Middle Ages when old Christian kingdoms flourished in the region. It is named after a political summit of three Central European kings held in the Hungarian city of Visegrád in 1335. Following the struggles of the first half of the twentieth century and decades of Soviet influence, the countries of the V4 – newly-born democracies at the gate of the Euro-Atlantic integration – decided to find new forms of political, economic and cultural cooperation, and thus the V4 was created.

Over the past 27 years, the four Visegrad countries have completed their transition to democracy and market economy, as well as accession to Nato and the EU. From 2004, the V4 was reinforced as an informal, non-bureaucratic and yet effective alliance within the Union. By 2017, all Visegrad countries had successfully held a term at the helm of the Council of the EU during their respective rotating Presidencies. Coordination on EU affairs between the four countries is an ongoing process, often involving other like-minded Member States. Parliaments as well as government agencies of the V4 regularly share best practices and seek common solutions. The International Visegrad Fund, established by the four governments in 2000, supports projects in culture, education, arts and innovation, as well as scholarships for students and researchers in the region. Furthermore, the spirit of regional cooperation is alive and well between the four societies.

Combined, the V4 represents a market of 65 million people and a region with the third largest export capacity and the fastest growth rate in the EU. Together the V4 countries form the fifteenth largest economy in the world. One further statistic: Germany’s trade with the V4 is now 55 per cent greater than its trade with France and twice the volume of trade with the UK. The region has become the EU’s growth engine, proving that the Central European economic models work.  Despite a turbulent international environment, continuously improving economic indicators, common sense policies and high security levels mean that the Visegrad Group significantly contributes to the success of Europe.

The four pillars of the Hungarian Presidency reflect the kind of Central Europe we strive for: European Visegrad, Regional Visegrad, Digital Visegrad and Global Visegrad. The motto of our Presidency, ‘V4 connects,’ refers to Visegrad cooperation connecting the four countries in terms of politics, economy and culture. It also stresses the Presidency’s focus on physical connectivity, including improving energy and transport links in the broader region, as well as cooperation aimed at ensuring a swift transition to economies based on digitalisation and innovation. Equally important is the Presidency’s commitment to further improving cooperation between the V4 and its various European and global partners.

With regards to European affairs, the current Presidency focuses on jointly shaping EU policies in key areas like economy, financial framework, energy, defence, cohesion policy and agriculture. Contributing to the discussion on Europe’s future is our priority. The V4 is pro-European and Euro-realistic at the same time, able to offer down-to-earth perspectives and workable solutions. The V4’s fundamentally pro-European population place special emphasis on safeguarding the EU’s achievements, most importantly peace and stability on the continent, security and the ‘four freedoms’ which are essential to preserve Europe’s competitiveness. On this basis, we argue for a strong Europe of strong nations, which is able to tackle the numerous challenges we face. This is only possible if the viewpoints of the Member States are respected, and decision-making is based on equality and seeking consensus.

The result of the UK’s referendum on withdrawing from the EU underlined the need for the organisation to regain the trust and confidence of its citizens. In this respect, security is an important area. Being equipped to protect people from danger, including preventing further terrorist attacks, requires efficient protection of the EU’s external borders as well as cooperation on internal security. The V4 continues to work together in both fields. The Visegrad Group has remained consistent in advocating a responsible approach to migration since the start of the crisis.  We continue to emphasise security including proper external border control, and the need to address the root causes and cooperation with various external partners.  Being the southernmost country in the Schengen area, Hungary, with the help of its V4 partners, protected the whole EU territory by fulfilling its duties to protect the external border. This contribution, along with several humanitarian aid and international development commitments, demonstrates not only the Visegrad Group’s solidarity – a word often mistakenly equated with mandatory relocation quotas – but also its resolve to follow the will of European citizens even under political and media pressure. Based on the success of stemming illegal migration on the Western Balkans route, the V4, under the Hungarian Presidency, decided to contribute 35 million euros to an Italian-led initiative defending Libya’s borders.

In the first half of the Hungarian Presidency, Budapest hosted ministerial meetings between the V4 and other important regional partners from the EU, such as Austria, Bulgaria, Croatia, Romania, Serbia, Slovenia and the Baltic states, as well as the Western Balkans and Eastern Partnership regions. Understanding the crucial importance of EU-enlargement and an effective neighbourhood policy in ensuring stability and prosperity on the continent, the V4 under the Hungarian Presidency remains open towards countries that share its values and want to join or advance cooperation. Besides political support, the V4 is providing practical help to these regions by sharing its transition and integration experience via projects of the Visegrad Fund or other frameworks. The Hungarian Presidency is also proud that the Western Balkans Fund, established by the region’s governments based on V4 inspiration and know-how, started operation in November 2017, contributing to mutual awareness and understanding in a region where that is more than needed.

The V4 connects not only governments, but the business and scientific communities as well. Business fora, high-level discussions on trade promotion, development banking and railway connections, as well as several events on science and technology have also been held under the Hungarian Presidency. The V4+Google Innovation Forum (December 2017), the Regional Digital Summit (January 2018), the upcoming think.BDPST innovation conference (March 2018) and the BrainBar festival (June 2018) in Budapest all contribute to furthering V4 cooperation for the sake of a ‘Digital Visegrad.’ As Europe’s ‘political start-up’, the V4 and its Hungarian Presidency continues to support the mobility and joint promotion of innovative start-up companies from our region at important international events like London Tech Week (June 2018).

The Presidency’s ‘Global Visegrad’ priority has also been actioned: Hungary organised the first-ever V4+Israel and V4+Egypt summit meetings, continued cooperation with traditional global V4+ countries such as Japan and South Korea, and has initiated high-level dialogue with new partners such as Australia and various Central Asian countries.

Acknowledging the increasing visibility of the V4 in the UK and the importance of continuing Central Europe’s extensive cooperation with the UK after it leaves the EU, Hungary held the first V4+United Kingdom meeting of ministers responsible for external economic relations (September 2017). The talks focused on maintaining strong bilateral relations and building a closer economic relationship after Brexit. As Philip Hammond, Chancellor of the Exchequer emphasised in Budapest: “the UK will continue to be a truly consistent friend of Central Europe.”

The Hungarian Embassy in London has also taken the lead to organise, under the framework of the Hungarian Presidency, ambassadorial meetings with members of government, parliamentarians, the FCO and other line-ministries. In November 2017, the Hungarian Cultural Centre showcased V4 creativity at a day-long ‘ReThink Hungary and the V4” design event, which included a fashion show, workshops, design fair and gastronomy fair. A V4 Start-up event is planned for this spring and the closing event in June will be also open to the public. 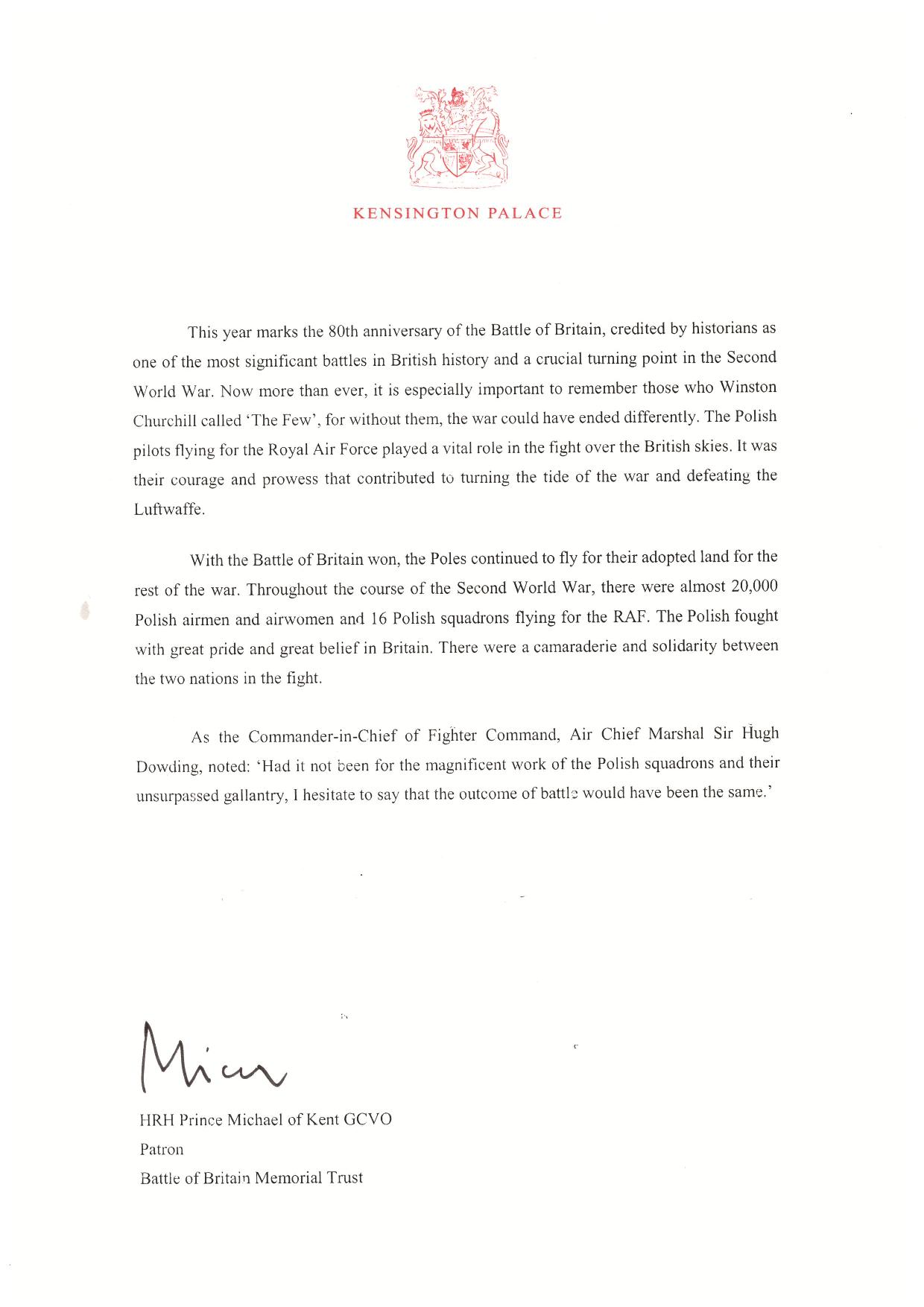